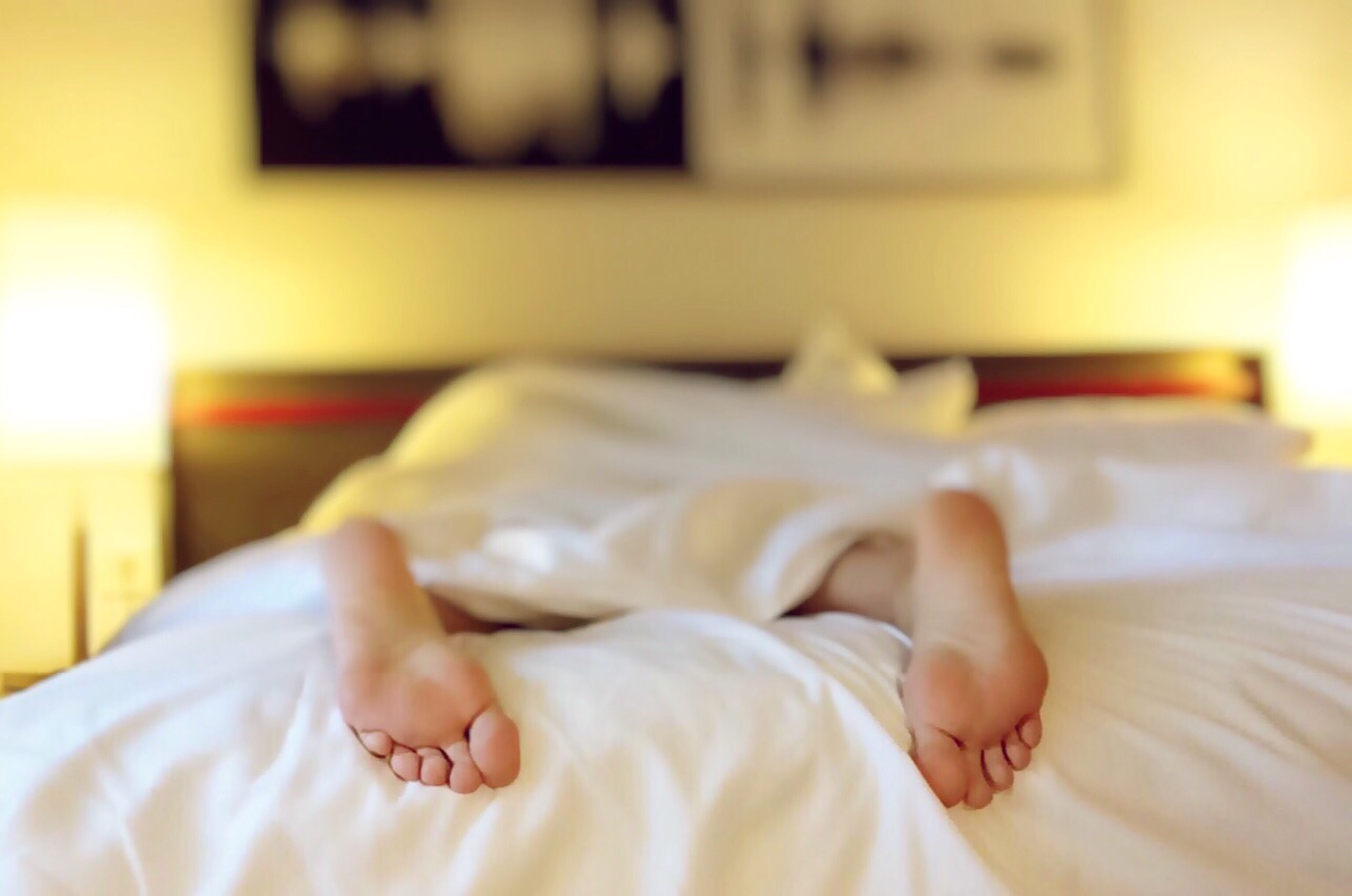 Many of us experience problems sleeping from time to time. In fact, studies show that there is a correlation between instances of overweight populous in every country in the world and poor sleep; these percentages often equate to nearly identical.

Sleep is the most important thing we can do for our bodies. We repair our brain and our body while sleeping and it is nearly impossible to make up any lost sleep in the future, which causes a compounding affect. Here are my top recommendations for sleep.

Studies show that ideal room temperature when attempting to sleep is 60-68 degrees. Anything above or below could compromise sleep quality and ability to fall asleep.

Can coincide with temperature. Internal body temperature can rise with activity. Most people experience difficulty sleeping after physical activity.

Can help put one in a state of relaxation after activity or improper breathing throughout the day, which puts the nervous system into fight-or-flight mode. I like to practice this with what is called box breathing.

Can help calm the mind and focus on relaxing, instead of mind wandering thoughts.

Keep cell phone, ideally turned off or as far away from the body as possible late at night and while attempting to sleep. Many hotels have regulations that reduce the electrical frequencies that escape wires in walls, but as soon as something is plugged into a wall socket, that socket becomes active and releases electrical frequencies into the room (try to unplug everything in your room when traveling before bed). At home, a great option would be to install an electrical kill switch in each room of the house that deactivates all electrical flow to that specific area when deactivated. Bluetooth signals should be turned off at night and WiFi signals including both electronics and routers should deactivated be as well.

Any light exposure prior to bed will reduce the bodies ability to produce melatonin (sleep hormone) for up to 2 hours and increases internal cortisol levels (wake up/stress hormone). Blue light especially is effective at this. This specific ray of light is produced in significant amounts by electronics. Try to turn off cell phones, computers and televisions several hours before bed. This is often challenging for most so some minor compromises can include dimming a screen to an orange hue, wearing blue light blocking glasses and using blue light blocking screens. Many LED lights are produced in this hue, so attempt to purchase those with “natural lighting.” iPhones have this option built in and can even be adjusted in settings to more efficiently block out more blue light. F.Lux is an app for PC and Mac that can help with this as well. A great company that produces light bulbs with low blue light is Lighting science.

Here is a link to some blue light blocking glasses that work great and look good!

A grateful log has been scientifically shown to actually begin to change the mind and it’s focus. If we are stressed and angry throughout the day, a grateful log can help reset the mind and put you into a happy relaxed state, allowing for greater restfulness. Write in your log prior to bed, try writing 3 things you are grateful for on a daily basis. You can also write, one thing good you did, one good thing someone did to you and one good thing you observed today.

Try to include with fat to increase the time of release of glycogen. Low levels of insulin at night can cause a spike in cortisol and cause you to wake. Further, insulin helps to clear cortisol from the body. Consuming these macronutrients can help to keep you slightly more satiated throughout the night and prevent a spike in cortisol.

Another challenging one, but consistency with sleep helps immensely. Attempting to go to sleep at the same time every night helps. Studies have shown that our brain heals itself best between the hours of 10 PM and 2 AM and the body heals best between 2 AM and 6 AM. These times are very important, so try to get to bed by 10 PM at the latest when possible.

Caffeine has a half-life of 6 hours, which means that after 6 hours, the caffeine you consumed has only half dissipated from the body. If you have a 300mg of caffeine beverage at 12 PM, by 6 PM you will have 150mg still circulating in your system; by 12 AM, there is still roughly 75mg floating around. Try to keep caffeinated beverages to a minimum and the earlier the better. Although some people do not have problems sleeping after consuming caffeine, it can still have a negative affect on the body, such as increasing cortisol, increasing inflammation, decreasing quality of sleep, etc. If a person is experiencing symptoms related to Chronic Fatigue Syndrome, often times they attempt to remedy this issue with more caffeine which can cause a compounding affect. Be careful with this amazing drug!